Thank you everybody. Our campaign is now over. ✕
Elect Sean D. Fleming for Madison Heights City Council
SubscribeUnsubscribe
✖
Gallery (1) 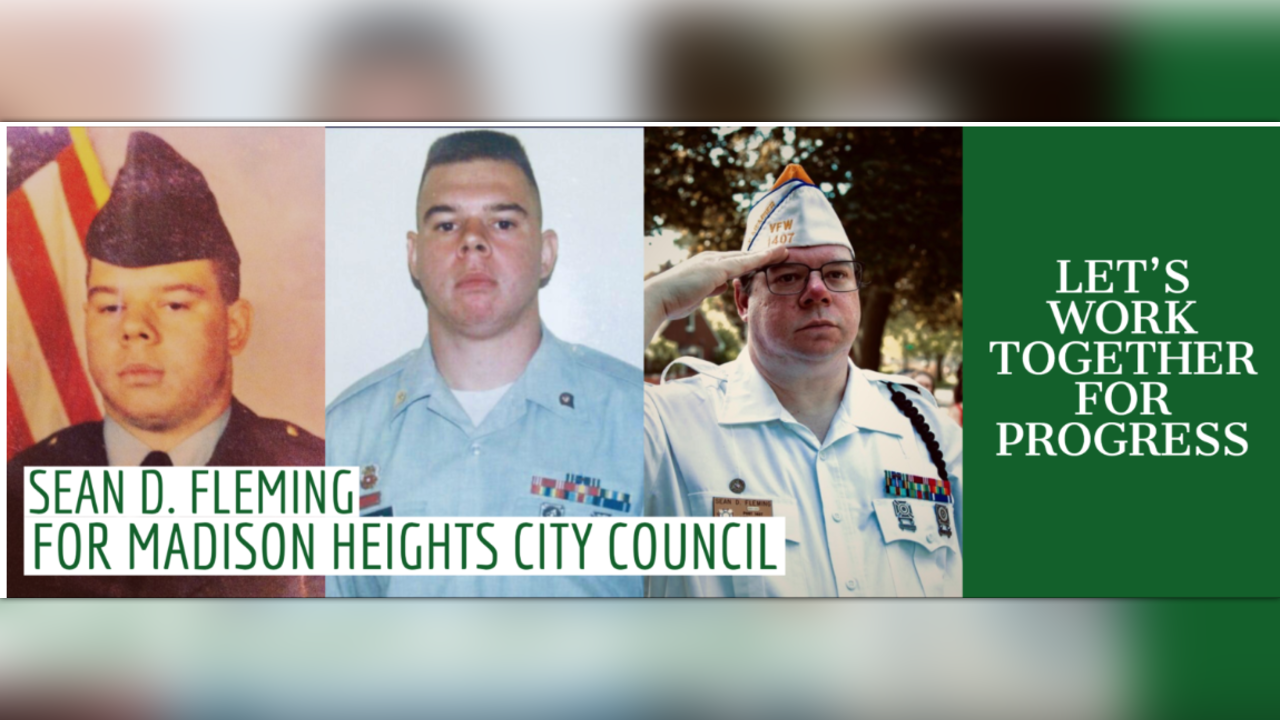 A legacy of public service

First I served our Country, then our County, and now our City.

While growing up my first job was working for the city recreation department.  My first City job as a teen. ( Even though I am not counting my time as safety captain in elementary school too)
I am Sean D. Fleming and have been a resident of Madison Heights for 22 years.Being from a family of police and military members I joined the United States Army at age 17. I honorably served 8 years and became a veteran of Operation Joint Endeavor.
Following in my fathers footsteps I became a volunteer for the Oakland County Homeland Security Office. That then led to my volunteer service as a deputy for the City of Southfield Emergency Management.
I have served the Madison Heights community as the Commander of the local Veterans of Foreign Wars Post.  Currently I service veterans as an Officer within the Local and District Veterans of Foreign Wars.
I have been awarded 3 Presidential Volunteer Service Awards in recognition of my public service.
Finally, I am a Commissioned Notary Public for the State of Michigan.
Now I ask for your vote to elect myself to serve our City of Madison Heights.
Sean's Military Awards:  Army Good Conduct Medal, Army Achievement Medal (4) National Defense Medal, Armed Forces Service Medal, Army Service Ribbon, Overseas Service Ribbon (2), Nato Medal, UN Medal, Armed Forces Expeditionary Medal.

Note: All unused campaign donations will given to the Veterans of Foreign Wars 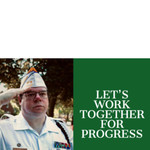 Sean D Fleming for Madison is managing the funds for this campaign.