No thanks
Retired SSG Scott LaMarca fights for Texas, the constitution, and Values
SubscribeUnsubscribe
✖
Gallery (2) 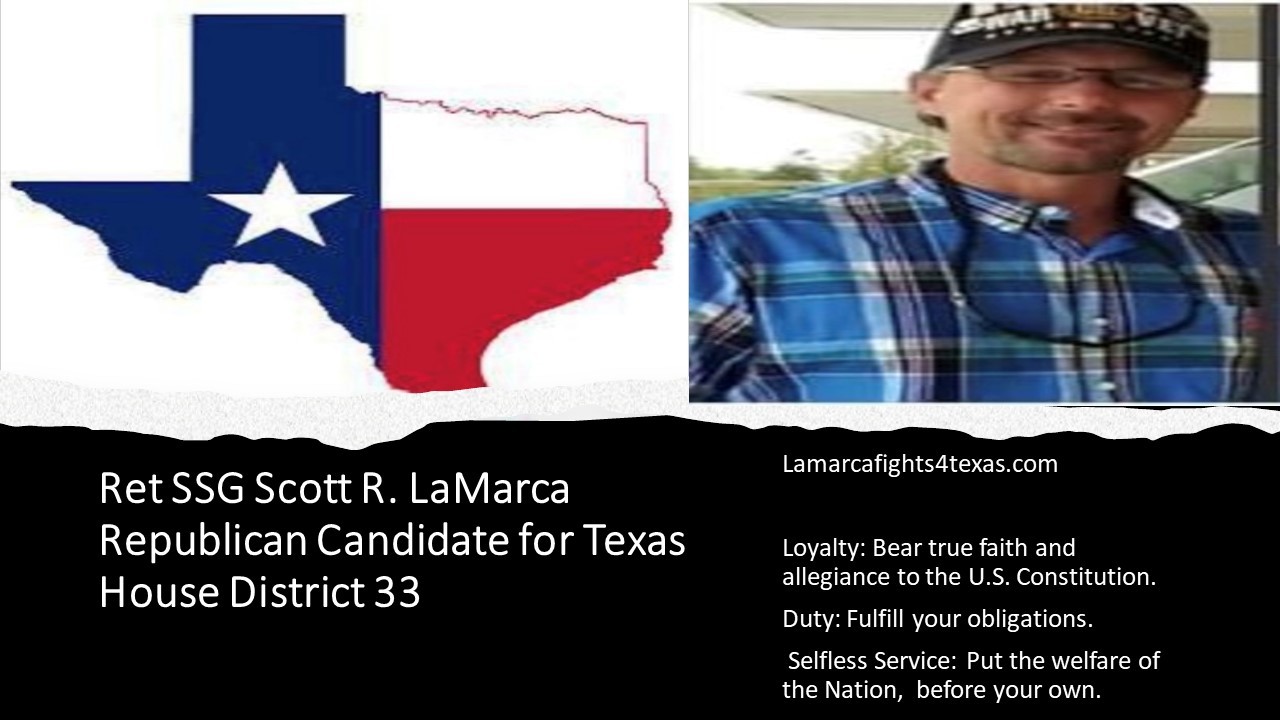 To properly CONTRBUTED  I need the following information with your contribution according to Texas Ethics Commission guide lines: YOUR EMPLOYER NAME,  ADDRESS AND NAME AS ON YOUR DRIVER LICENSE ,  AND AMOUNT YOU CONTRIBUTED. all this information can be sent to the following email scottlamarca2022@gmail.com This requirements that must be included in the filing of my finance report filed by January 18, 2022.  Check payable to scott LaMarca campaign 1707Lionel street lot 154 Wylie, TX 75098

I need donation to pay for the expenses of my  2022 campaign.  I am asking for  contributions right now to help cover the cost of the campaign website. I Stand by the constitution,  and Texas Values.

Prior to enlistment he is an expert contractor. He started a construction company, after he retired from the US Army. Texas Wounded Veterans Builders and Contractors, Inc. was established in June 2013. Retired SSG Scott R LaMarca, created his newly formed business with a mission to hire disable veterans because a lot of them have been medically diagnosed with PTSD.

Scott R. LaMarca is married to a generational Texan, Antonnette M. LaMarca. They have one teenage son, reside in Wylie, and live in a mobile home community. He can empathize with the true meaning of working-class Texans. He and his family rely on a fixed monthly income. Despite the continuous financial hardships, the LaMarca Family will not allow financial struggles cloud their judgment for Conservative values. He and his family have a strong Christian faith and he places God, family, and country as his main core for protecting the GOP conservative values.

Retired SSG LaMarca speaks on behalf of the unexpired military oath and selfless dedication to Texas residents. His Conservative, Republican upbringing molded him into the natural born leader he is today, willing to fight for Texans and the Constitution. His definition of a natural born leader sets examples, leads, and fights for truth, values, loyalty, duty, and honor. “We need experienced political leaders who can actively safeguard Texas GOP instead of Texas political puppets, with a record of poor political productivity.”

I am not a Politician. I am Ret SSG of the US Army and a disable combat Veteran that here to fight for Texans.

I am 100% percent conservative

There is a reason more veterans or combat veterans are running  in the 2022 election for both state and federal government.

We're sending a message we are tired of politicians not upholding the OATH and values.   I will promise Texan I will stand and I fight for the constitution, and will not support, endorse or draft  any legislation that is unconstitutional.

I am running for Texas House district 33. That will fight for Texan constitutional rights and to give back the government to Texans.

The 87th legislation was an embarrassment by our current legislators. Texans were failed by the legislators. The voice of Texans was not heard and priorities were not met.

🇺🇸 Selfless Service. Put the welfare of the Nation,  before your own. ...

YOU can put this campaign on the path to success. Be first to contribute
Show more
Browse View Slideshow Add Hide comments Comments ✕ 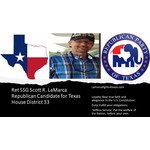 Republican candidate for Texas House district 33 is managing the funds for this campaign.